Good luck at the garden, or maybe that’s just spring 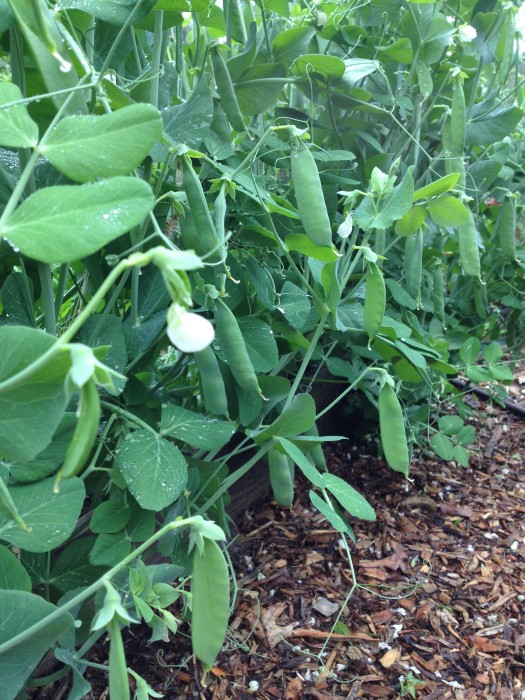 I haven’t been able to make it to the garden as much as I’d like.  This is iffy when it comes to gardening — I can’t be on the ground to monitor things.  Things like chasing off chipmunks, or pulling the weeds as they poke their heads out of the ground.  When I arrived at the garden this weekend, though, I was pleasantly surprised.  It looks as though the rainy week helped me out a ton. My broccoli thought maybe it would like to spring back.  The spinach took off, despite the leaf miner.  The tomatoes seem to be holding their own.  The curly endive is delicious, and WE HAVE PEAS.

I can’t figure out what’s going on with the eggplant.  Maybe flea beetles?  I’m sure they’re being attacked because they are young and tender and… er… beautiful.  Row cover probably would have helped, but I didn’t get my act together in time. 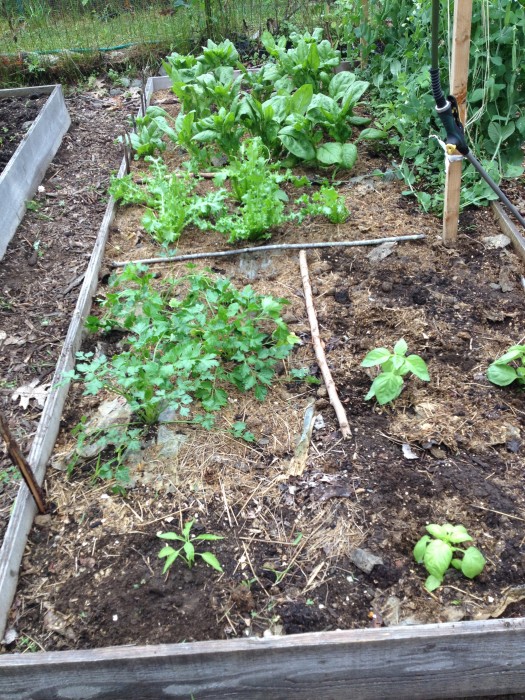 The hours flew by as I cleaned up and seeded most of my summer crops: green beans in the last bed, flowers everywhere, and cucumbers next to the tomatoes and garlic.  I planted my basil plants and my one little jalapeno, and transplanted some volunteer tomatoes out of the compost and into the last bed with the green beans.  We still have a huge to-do list, including setting up the tomato twining system, the green bean stakes, and finally fixing our garden gate. 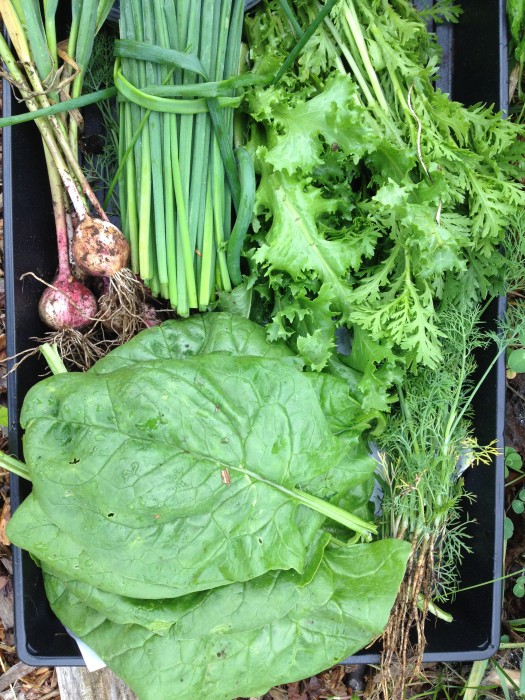 We got a nice little harvest of endive, peas, garlic, chives, a few onions, and  our next door gardener contributed some herbs from his plot.  I know you see spinach there, but I tossed most of it after watching a leaf miner wiggle its way around the leaf at breakfast the next morning.  Doesn’t seem to deter my plants though.  When I went back to the garden the next morning, the spinach sent up 4″ shoots overnight!  Looks like it’s thinking of bolting.